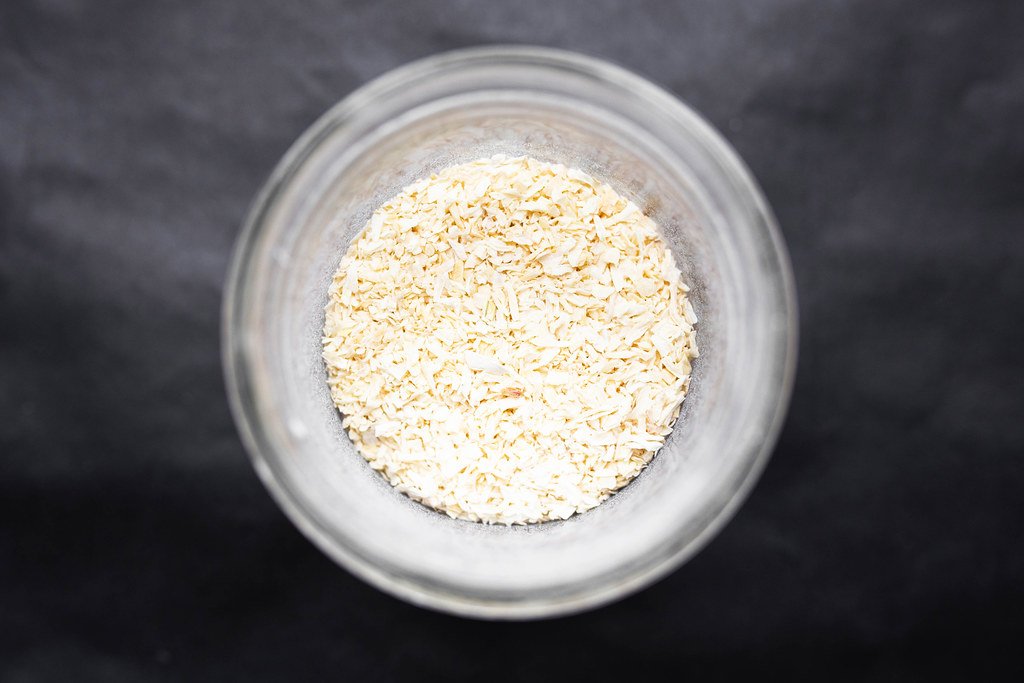 Onion powder is in EVERYTHING it seems like. Shopping in an American grocery store, almost every savory product has onion in it! For those of us sensitive or allergic, it can be incredibly frustrating. We have started substituting Fennel Bulb for onion in most recipes; but as of this writing, there isn’t a commercially available Fennel bulb powder. So, of course, we made our own! 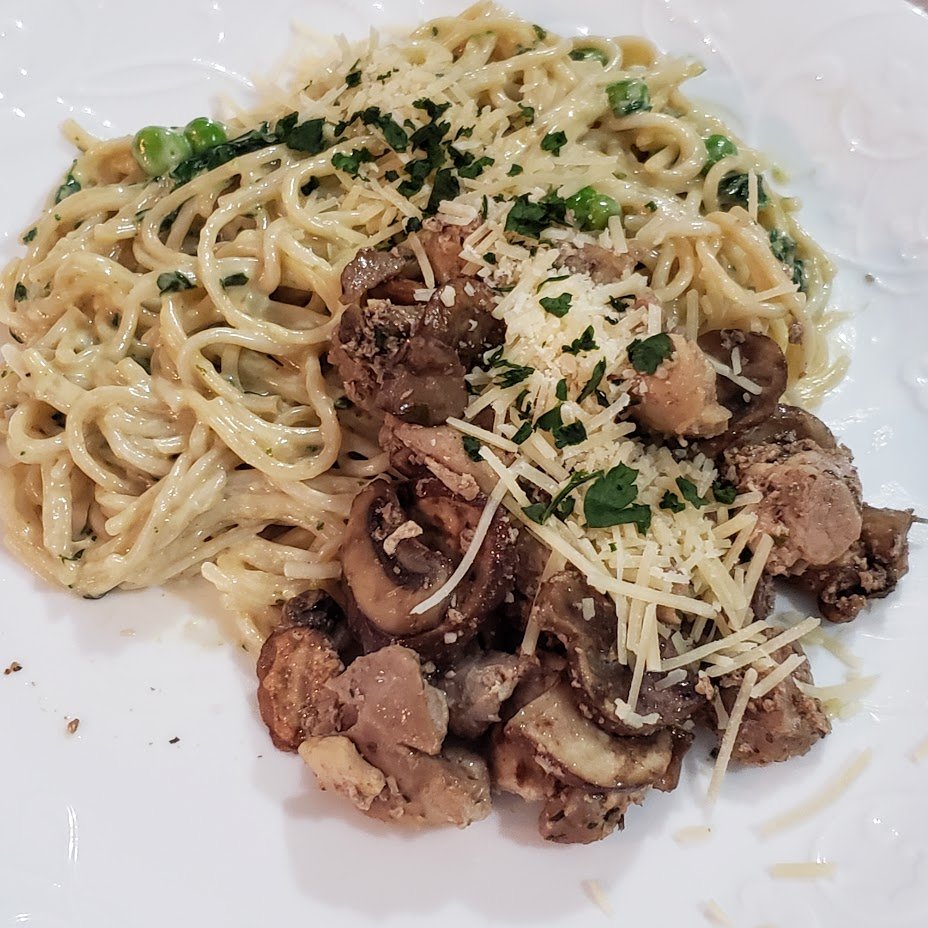 You know that moment, when it’s Wednesday night, time for dinner, and you forgot to pull out the roast? (well, maybe not the roast part!) This recipe is perfect for those nights, as it’s easy, fast, and delicious. Your newest recipe to add to the comfort food secret stash. 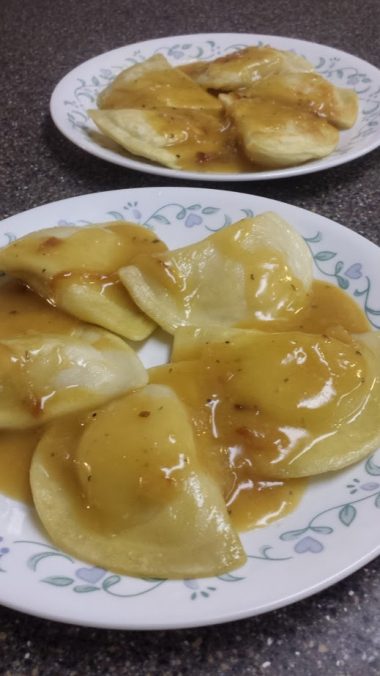 A simple, yet versitile and delicious lemon and butter sauce to put on everything. (Ok, not like, ice cream… weirdo.) 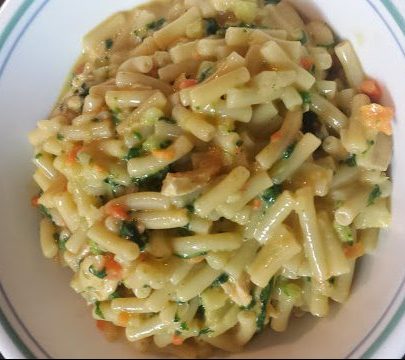 Given that we have several smaller children, this recipe is on the menu almost once a week (which is killer for me, lover of variety, but hey, they eat it.) Every once in awhile, we will have guests, or eat mac-n-cheese elsewhere, and the kiddos are always confused about it being different. 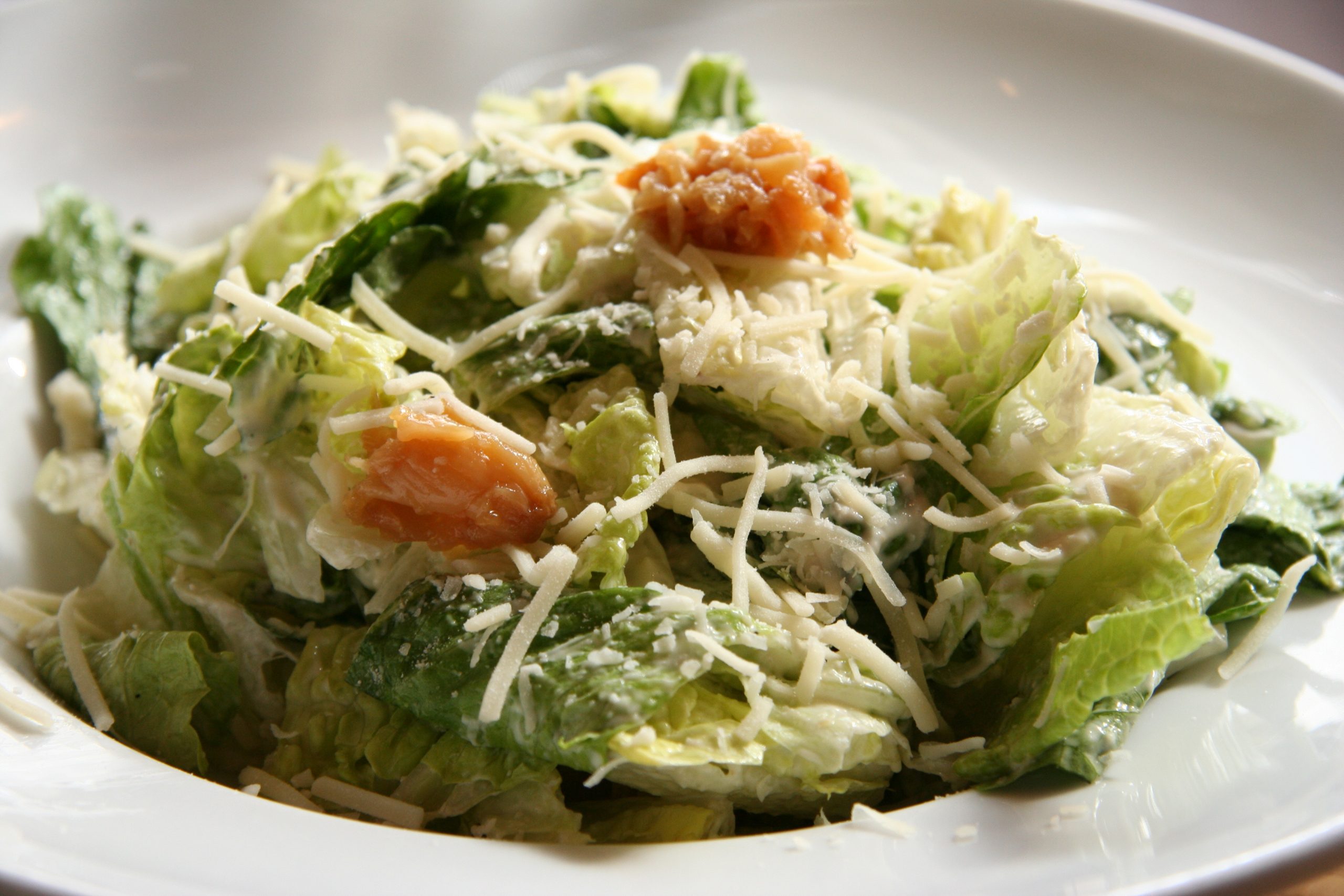 Caesar dressing has nothing to do with Julius Caesar or Shakespeare. It’s most commonly ascribed to Cesare Cardini, an Italian immigrant who claimed to have invented it in 1920’s Tijuana. There are others who also took credit for its invention, and no one knows for sure… 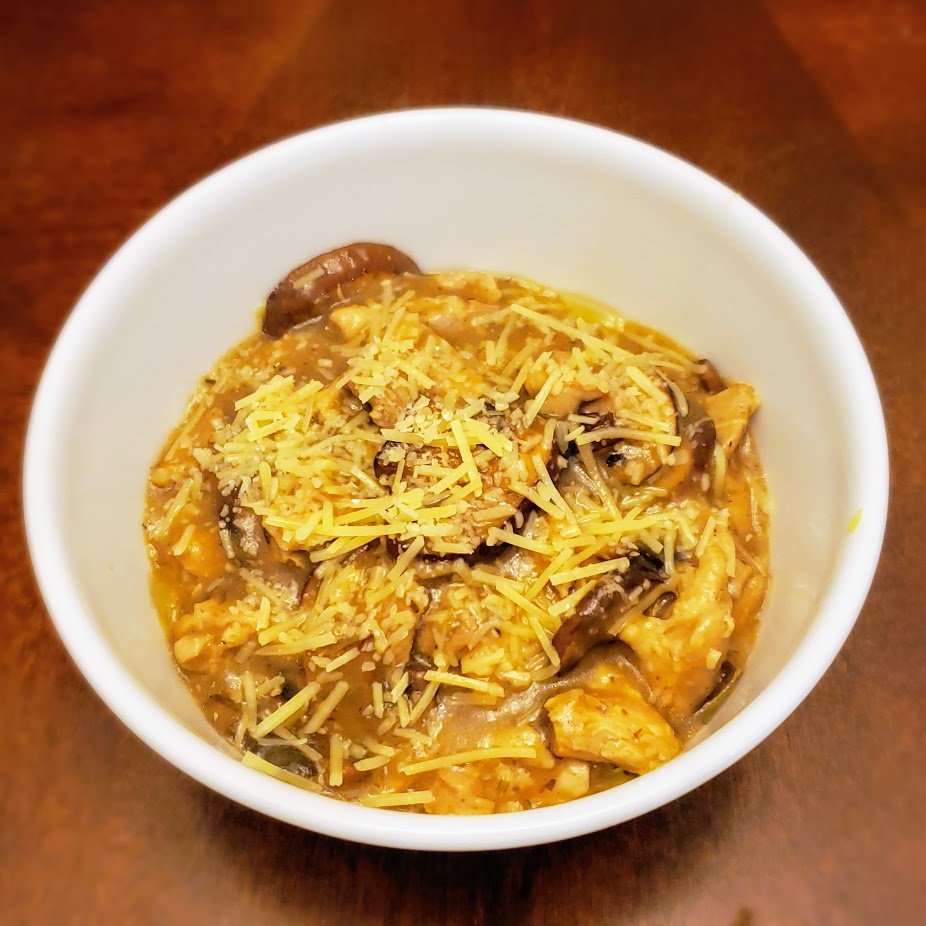 Juicy pan-fried chicken is smothered in a marsala cream sauce. This is one of those classic Italian dishes that you see on restaurant menus everywhere but probably rarely attempt making on your own at home. Always a crowd pleaser, Chicken Marsala is a classic dish that is actually quite simple to make and can be ready to eat in under 30 minutes. 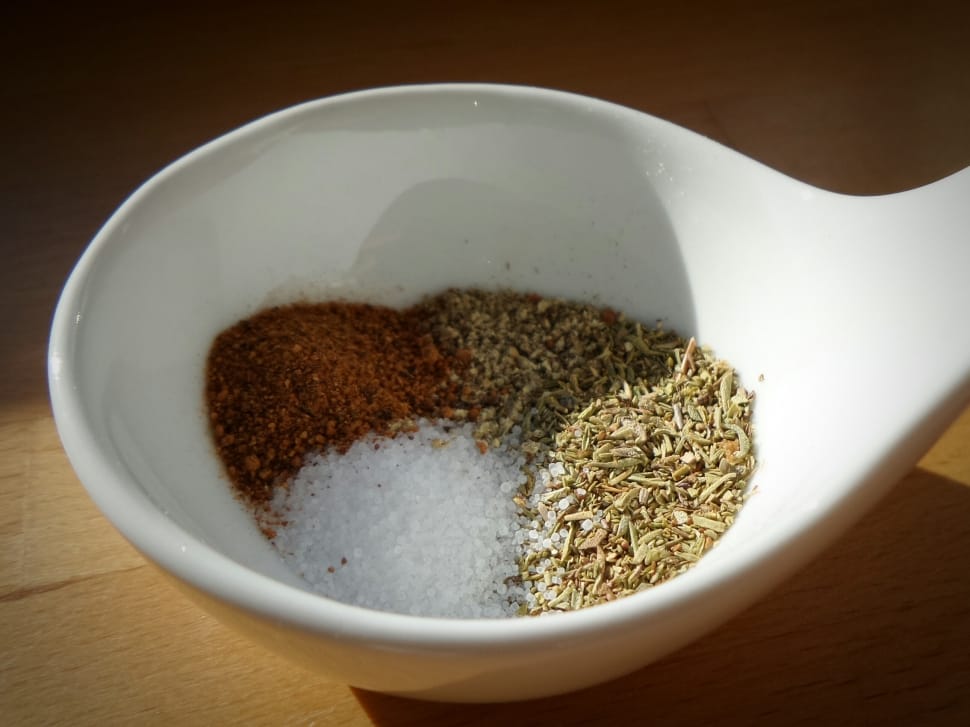 Create memorable stuffings, roasted chicken and marinades with this classic blend, a versatile chicken seasoning mix that can enhance a variety of dishes. 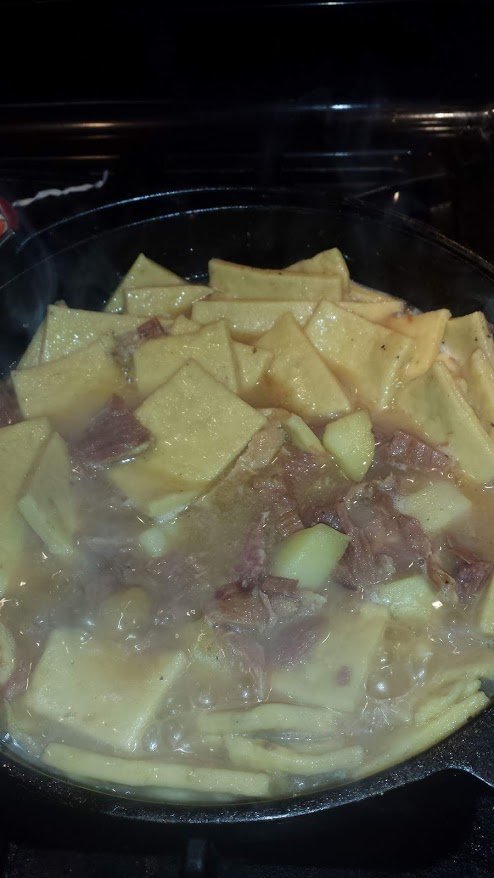 While this dumplings recipe will take about three hours to cook, everything comes together in a single Dutch oven, meaning this one-pot meal will require little clean-up afterwards. This is the ultimate hearty and delicious family-friendly meal that is easy to reheat and makes great leftovers. Serve with a side salad or just garnish with chopped parsley for an added touch. 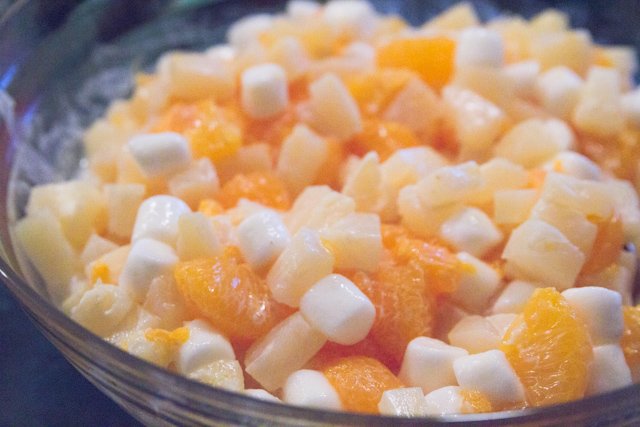 Ambrosia is a variation on the traditional fruit salad. Most versions use cool whip and shredded coconut; but neither of those ingredients have a place in our home. Compared to things like cake and pie, ambrosia salad is a wonderfully fresh and light dessert, which makes it perfect for Thanksgiving, Christmas, and Easter.

My Nana wasn’t the best cook. She used packets for gravy, boxes for potatoes, stuffing, and canned soup. She fed her family on a shoestring though; and it was a different time in the world. This recipe is one I stumbled upon years and years ago. Since we went NAG free, I’ve modified it to be safe, but it’s still as delicious as the first time I had it at a USAF squadron function years ago.

Or sometimes called ginger ale. It technically contains alcohol, but not enough to cautious of. Made the old-fashioned way, with lots of fresh grated ginger, sugar, yeast, and water. As the yeast ferments over a day or so, it creates a natural carbonation.

A unique green (verde) sauce for lasagna or baked ziti.

An easy baked salmon recipe that can be made in minutes for any night of the week. This glaze recipe is so tasty, and it really gives the salmon a kick of flavor! 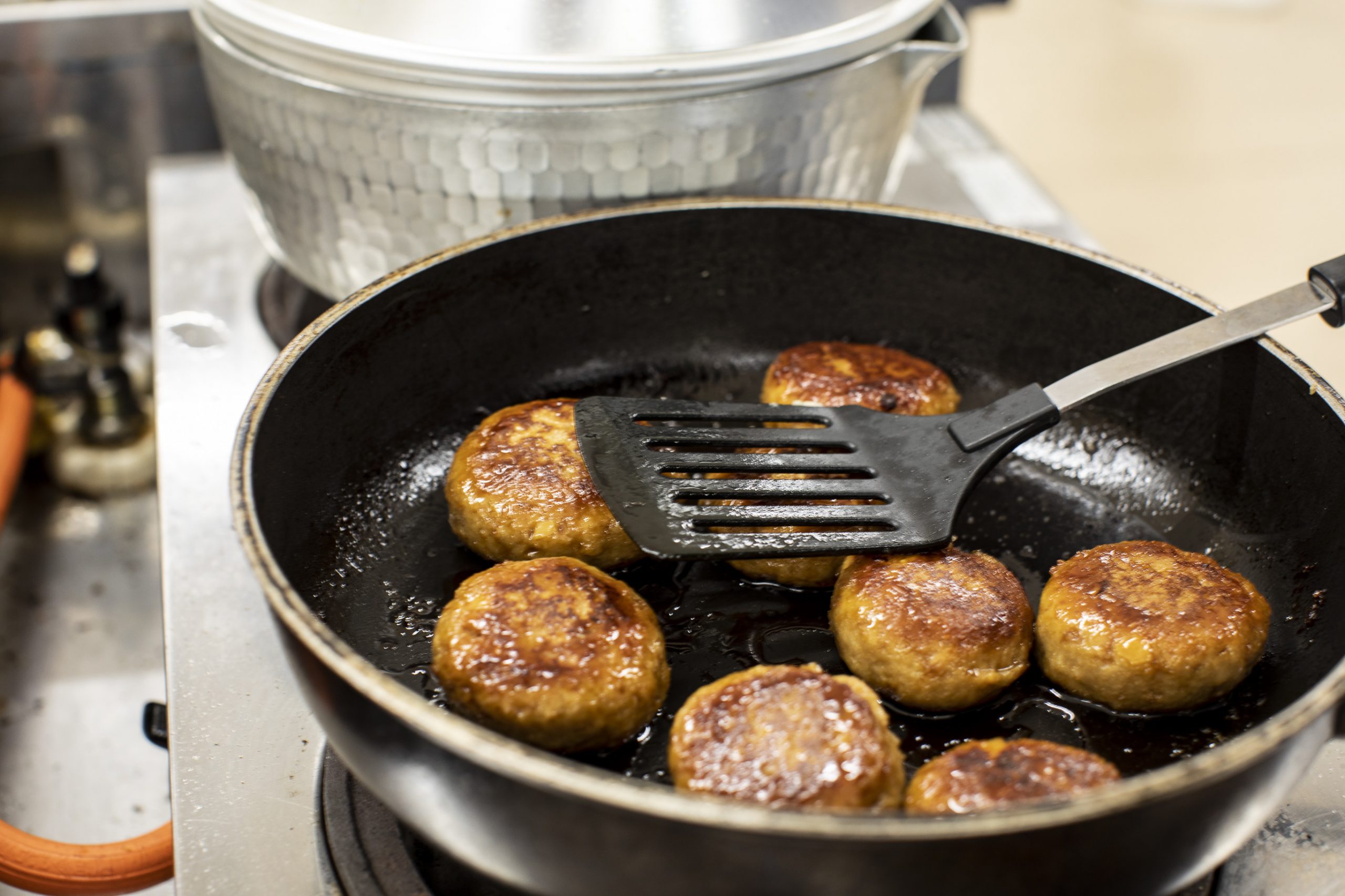 Breakfast is the favorite meal of the day around here… Maybe because the good ones only happen on the weekend while everyone is home. We sleep in, enjoy coffee/tea/hot cocoa, and relax. Then the guy makes something yummy. We have yet to find a ‘safe’ commercial sausage; but this one is super easy to mix up as needed, so we haven’t been looking very hard… 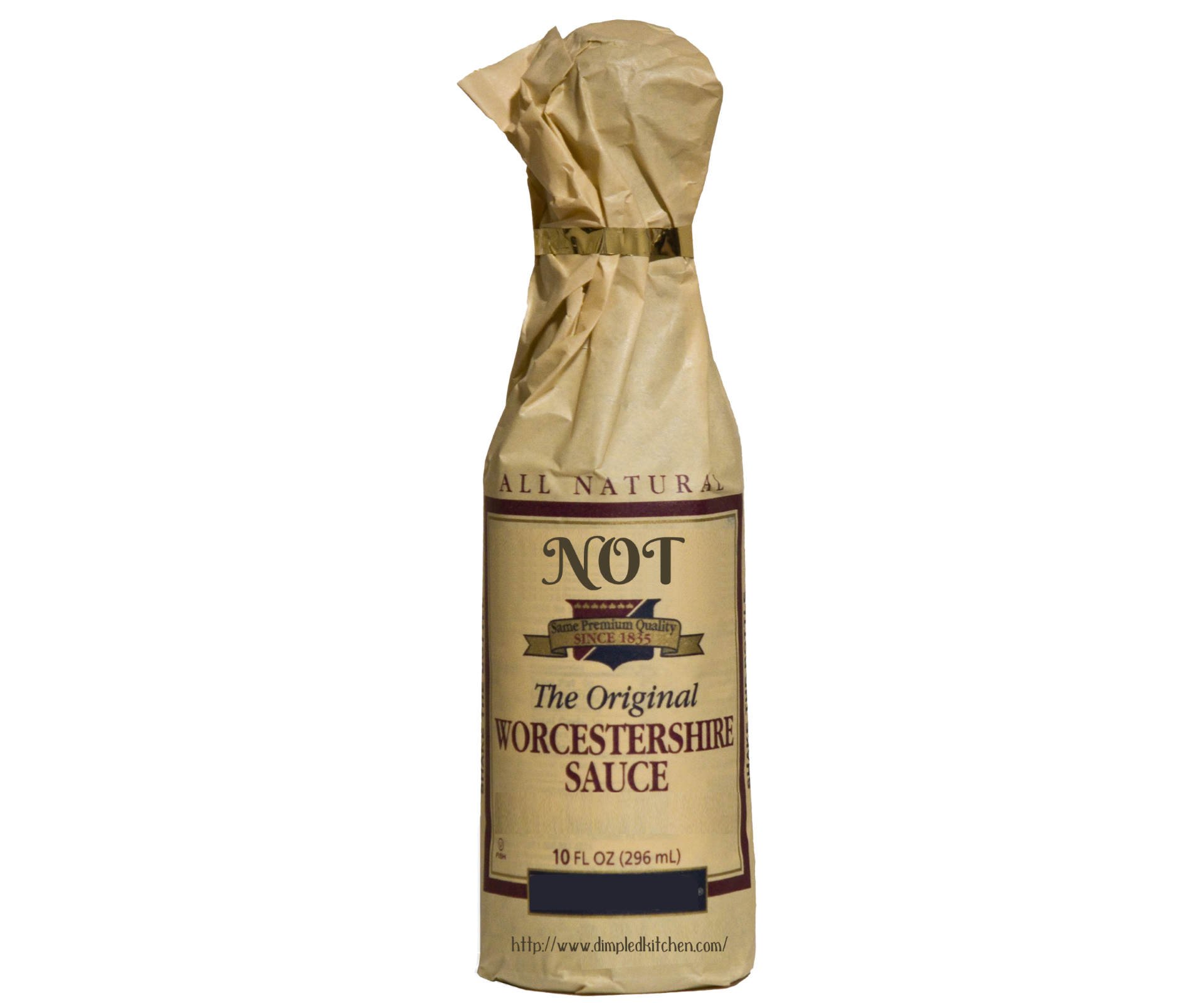 Worcestershire or Worcester sauce is a fermented liquid condiment created in the city of Worcester in Worcestershire, England during the first half of the 19th century. It’s typically made from a base of vinegar and flavored with anchovies, molasses, tamarind, onion, garlic, and other seasonings. The flavor is savory and sweet with a distinct tang provided by the vinegar. It is commonly used to flavor meat, soups, stews, marinades, and even beverages such as Bloody Marys. This a mysterious-yet-flavorful brown liquid that is considered a staple in most American kitchens. How the chicken neck do you pronounce Worcestershire? Don’t pronounce that first R, and also make sure you put the schwa in the last syllable. Some people will want to say ‘shire’, but just like the state ‘New Hampshire’, -shire, -shire, it’s a schwa in that last syllable. Maybe this should be renamed to something else, but I miss this sauce, and used it quite frequently.

Zucchini is known to improve energy, aid in thyroid functionality, eye health, lower your blood sugar, lowers cholesterol, stops inflammation, it has seriously even been said to slow down the aging process! This quick saute is delicious with any summer squash and need not be served hot, making it perfect for a summer picnic or a barbecue when you may be preoccupied with preparing other dishes hot off the grill. 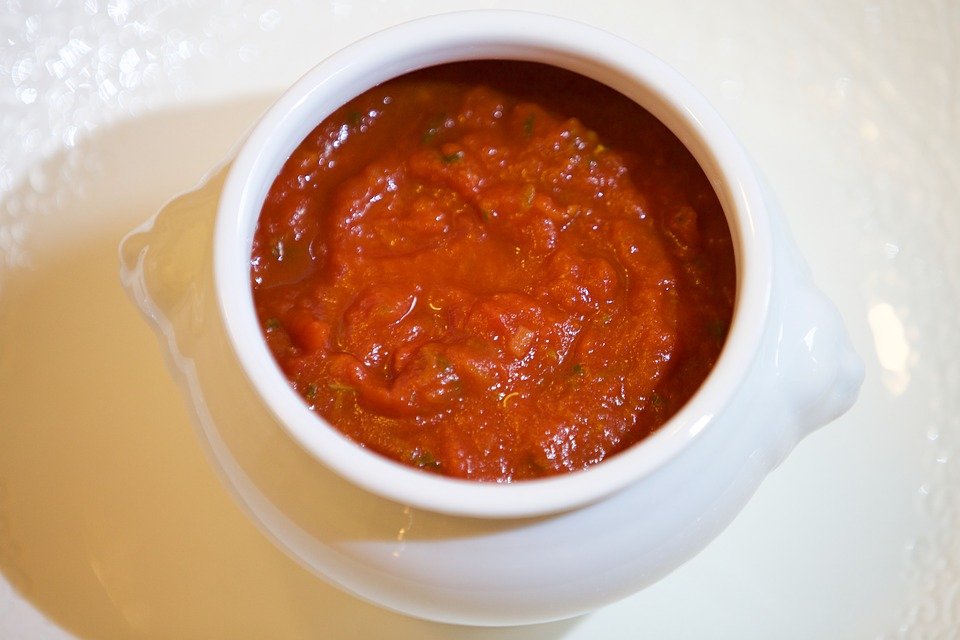 This classic Cuban Black Beans recipe is adapted from “Tastes Like Cuba,” by Eduardo Machado and Michael Domitrovich. Authentic Cuban black beans, either as a soup, on top of white rice, or a congri (aka, Moros y Christianos), is flavorful but never spicy. Feel free to add fresh cilantro for that extra punch at the moment of serving. 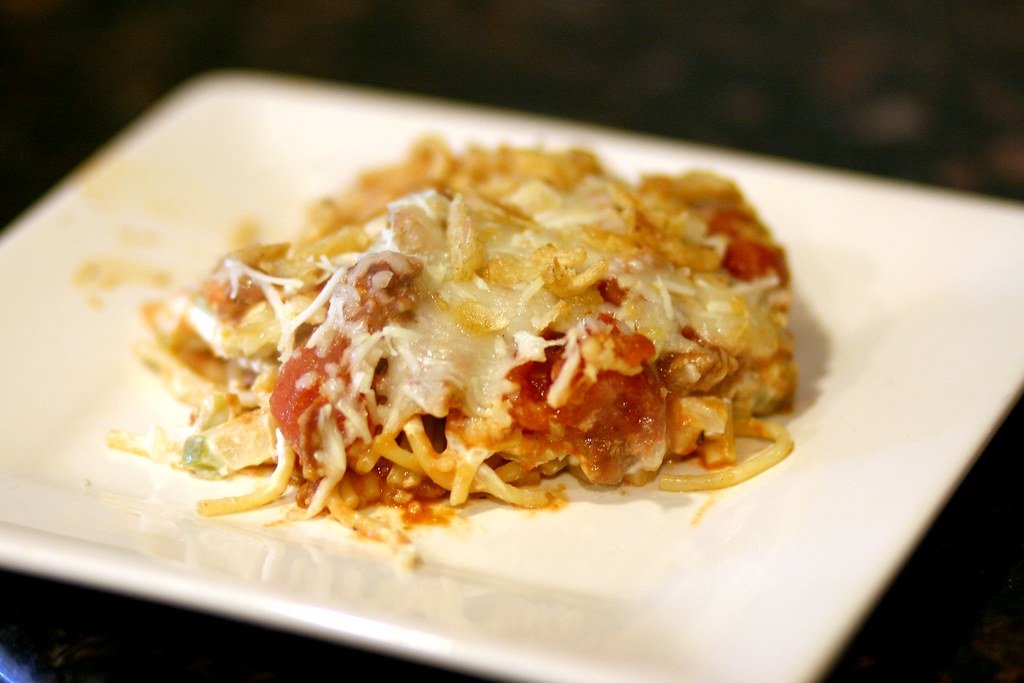 Baked Million Dollar ‘Spaghetti‘ is creamy with a melty cheese center, topped with meat sauce and extra bubbly cheese. This yummy baked ‘spaghetti‘ casserole will be requested again and again for potlucks and family gatherings. 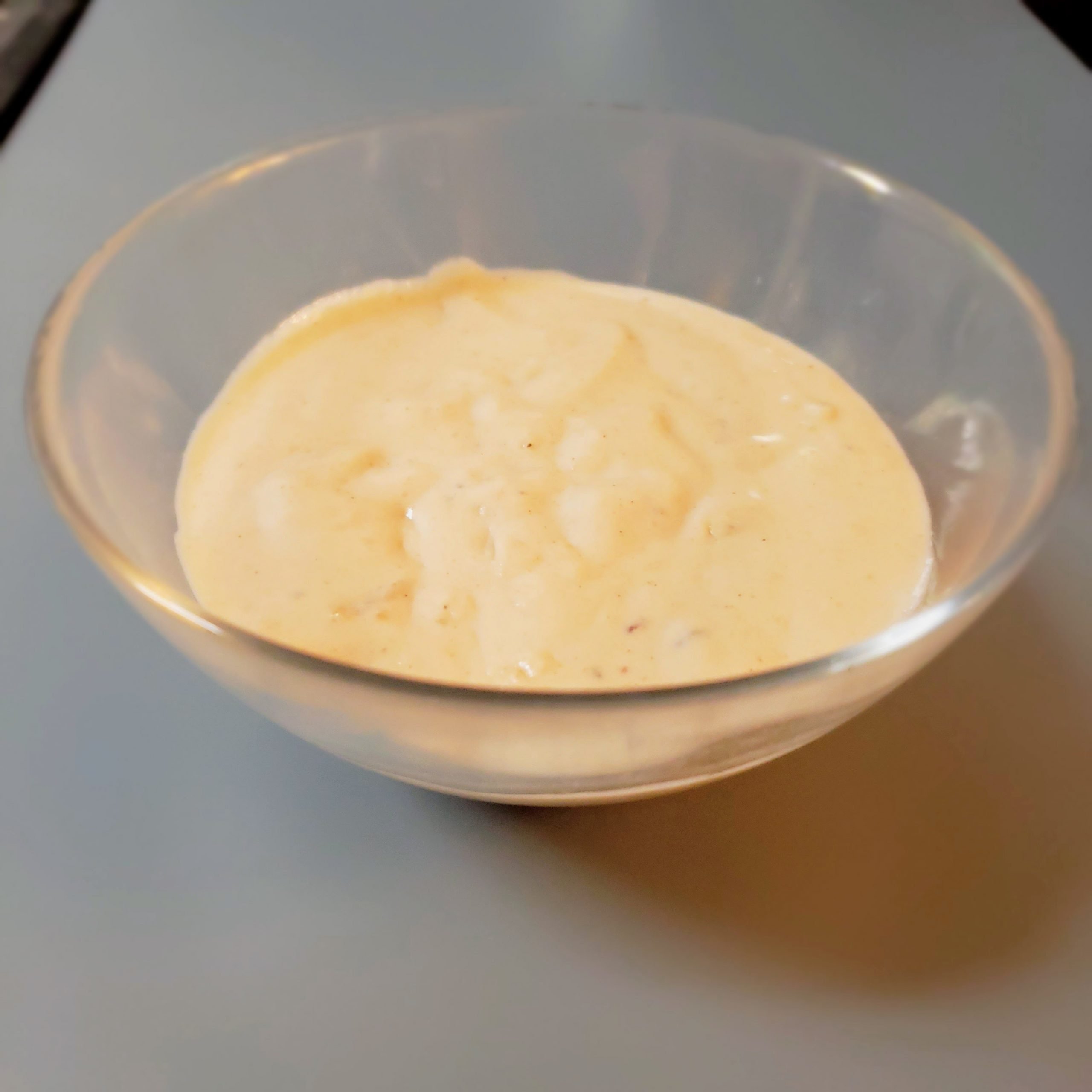 Instead of opening up a can of condensed soup, and thereby avoiding a bunch of sketchy ingredients you cannot pronounce, make this easy, creamy, and flavorful condensed cream of chicken soup with supplies you likely have on hand. 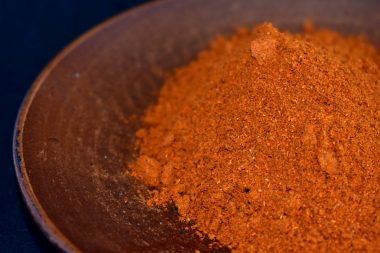 Ras El Hanout Moroccan Spice Blend , is a spice blend common in North African cooking, and features especially heavily in Moroccan cuisine. The name in Arabic means “head of the shop,” and literally refers to the best spices the store has to offer. 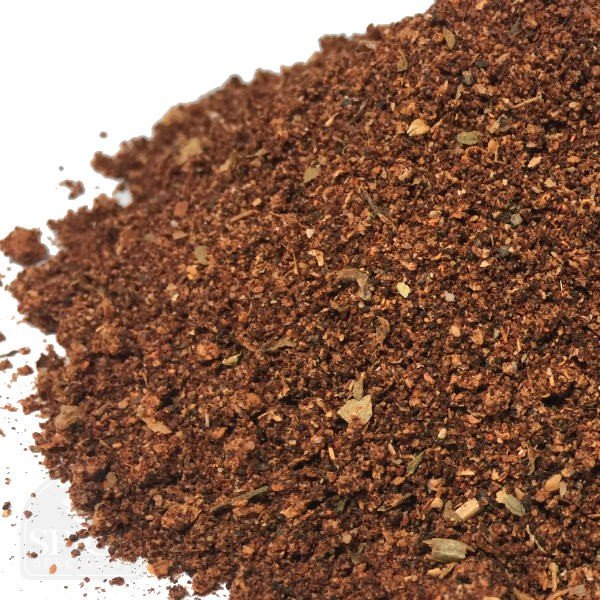 aNAGo Powder works magic as a seasoning. All the flavor without any of the hurt. Just sprinkle EVERYWHERE to quickly add a burst of Latin flavor. 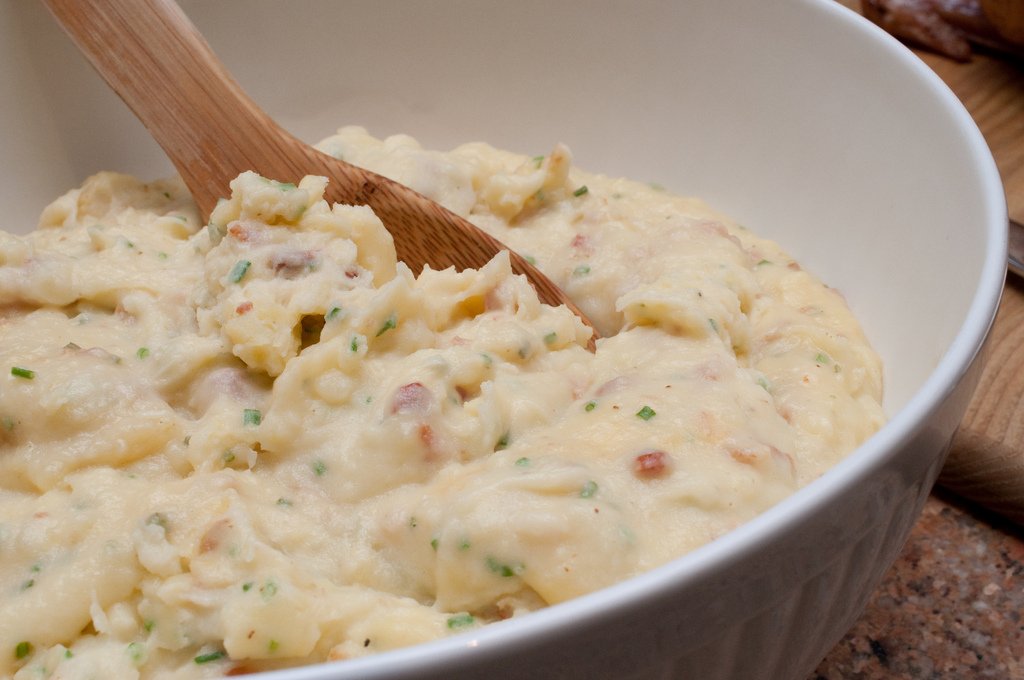 Forget potatoes! Luscious and creamy, this purée can be decadent with a touch of butter. Cooking the celery root in milk mellows the vegetable’s bite. However, if you prefer a more herbaceous flavor, substitute water for the milk. 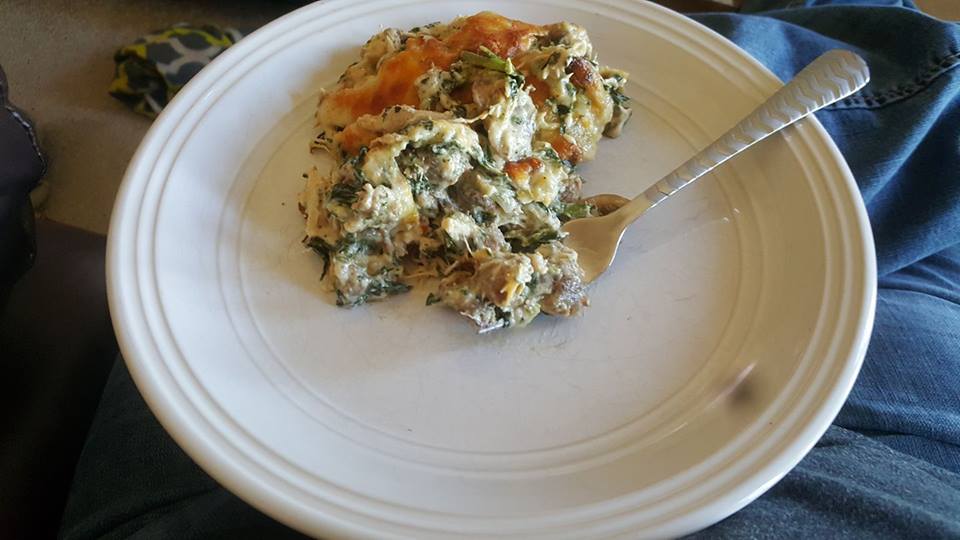 Stuffed mushrooms are absolutely delicious, and always a hit at pot lucks and holidays; however, they can be very labor intensive. Enter the keto casserole. Just throw it all together and serve. May not be as attractive to the eye, but will delight the tastebuds. 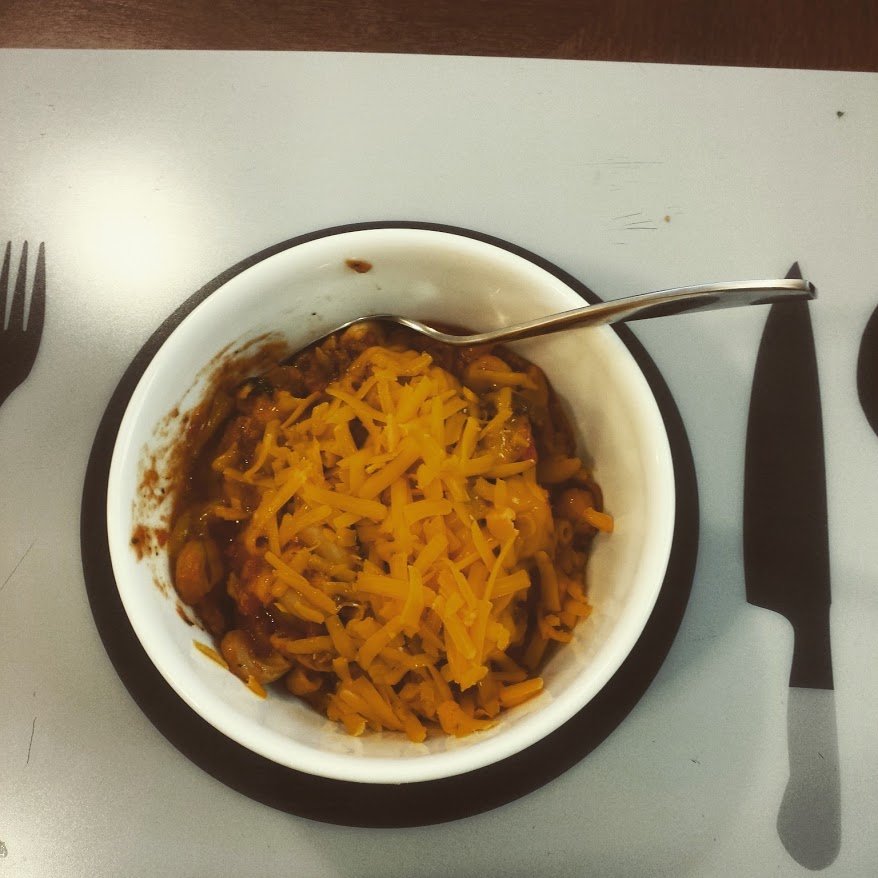 Ask anyone, and their recipe for this meal and their secret recipe is going to be different; which is part of the fun of tradition, amiright?