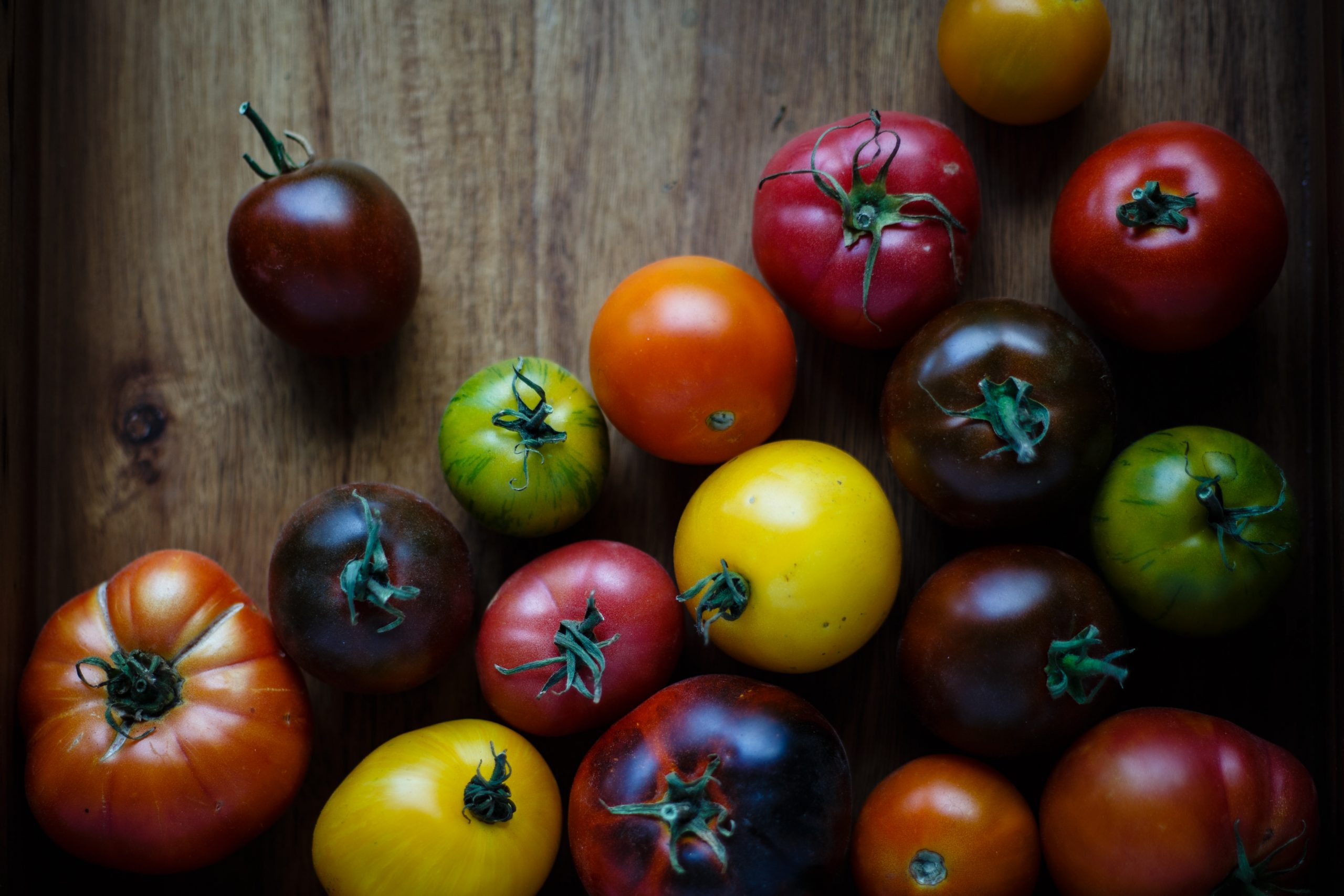 It’s a dirty, dirty word around our house. It means pain, bloating, restless legs, eczema, and too many bathroom visits.

Typically when ‘nightshade’ is said the poisonous plant, witches, and spells comes to mind. For those of us with an allergy or intolerance; it can be just as evil and dark.

The Solanaceae, or nightshades, are a family of flowering plants that ranges from annual and perennial herbs to vines, lianas, epiphytes, shrubs, and trees, and includes a number of agricultural crops, medicinal plants, spices, weeds, and ornamentals. Many members of the family contain potent alkaloids, and some are highly toxic, but many—including tomatoes, potatoes, eggplant, bell and chili peppers—are used as food. The family belongs to the order Solanales, in the asterid group and class Magnoliopsida (dicotyledons). The Solanaceae consists of about 98 genera and some 2,700 species, with a great diversity of habitats, morphology and ecology.

The name Solanaceae derives from the genus Solanum, “the nightshade plant”. The etymology of the Latin word is unclear. The name may come from a perceived resemblance of certain solanaceous flowers to the sun and its rays. At least one species of Solanum is known as the “sunberry”. Alternatively, the name could originate from the Latin verb solare, meaning “to soothe”, presumably referring to the soothing pharmacological properties of some of the psychoactive species of the family.

The family has a worldwide distribution, being present on all continents except Antarctica. The greatest diversity in species is found in South America and Central America. In 2017, scientists reported on their discovery and analysis of a fossil tomatillo found in the Patagonian region of Argentina, dated to 52 million years B.P. The finding has pushed back the earliest appearance of the plant family Solanaceae. As tomatillos likely developed later than other nightshades, this may mean that the Solanaceae may have first developed during the Mesozoic Era.

So what does that really even have to do with the price of salt? The crux of the problem is; there is a HUGE part of the population that really doesn’t tolerate this plant family well, but either A) aren’t aware of the problem; or B) can’t deal with the hassle of excluding from their diet; or C) avoid that stuff like the plague.

WHY ARE NIGHTSHADES BAD?

Nightshades contain saponins and glycoalkaloids, which can cause inflammation in people with autoimmune conditions. They gained popularity when it became known Tom Brady doesn’t eat them (with the reasoning being he doesn’t want to eat any foods that cause inflammation and sticks to an anti-inflammatory diet). Not everyone has adverse effects when eating nightshades. Those who are sensitive will know after eliminating them for a week or so.

Nightshade vegetables can be dangerous to your health. That’s why the term “nightshades” is so appropriate. The label implies danger. Foods on the nightshade list might appear harmless, but some could cause serious health concerns. They might even contribute to the following health issues:

Did you know that tobacco isn’t the only nightshade that contains nicotine? In fact, several unripe nightshade vegetables contain some nicotine. Of course, the nicotine content is greater in the leaves of the tobacco plant.

Many researchers view nicotine as another version of lectins. In other words, nicotine can act as a plant’s natural defense or pesticide, though scientists aren’t entirely sure just how the drug prevents predators from coming after the plant itself.

Check this out:  Converting Measurements

Some alkaloids that are of note in the nightshade family are:

SHOW ME THE NIGHTSHADES

Unfortunately, since nightshades are so commonly used, they can be hiding in some really odd places.

OTHER NAMES FOR POTATO STARCH

Nightshade vegetables are excellent sources of nutrition, and no research to date has linked them specifically to increased inflammation or other symptoms of arthritis. (Not gonna lie, I expect there to be some soon.)

However, there are some people with sensitivities or food allergies that involve the nightshade family. Eliminating these foods may help those with a sensitivity find relief from their symptoms.

A person should speak with a dietitian if they are concerned about the effects of a particular food on their health.